Dance on My Feet

For the past several years I have been very focused (God would say obsessed!) on the dreams living in my heart...things that I am waiting on Him to bring about in my life. Often, these dreams have consumed my every waking moment making it difficult to accomplish anything else. This season has been such a faith journey for me. He still hasn't answered, but I'm realizing that there is more to His method of madness than what my human-surface understanding can see. I am realizing that He has so much more to teach me and give to me than what my little heart-dreams are obsessed about. I believe He will give me my heart-dreams, but I'm getting a clue that it will not be until I am transformed to recognize that His plans are bigger than mine and it's time to get on board with His agenda for my life, rather than remaining limited to my own imagination. He's way more extravagant and creative than I have capability for!

Do you ever feel like your life is bigger and more important than what you think? That there are relationships, situations and circumstances just around the corner outside of your design for yourself that will bring such favor, blessing and significance beyond anything you considered God would do in your life? I feel on the edge of my seat and in awe of God. The Father has a unique place for each of us in His heart and a unique role of greatness in His Kingdom.


His place for me is over my head, outside of my capabilities. There is no ability I have that He can't do better and more rightly. So...why bother? Why doesn't He just accomplish His purposes by Himself? Why does He mess with my mess?


I can remember when I was little I loved to help my dad wash the cars. It made me feel like I was big stuff to grab a sponge bigger than my head and attempt to help him do this. I felt really good about my contribution to his job. In reality, what I accomplished doing was to make a bigger mess...dumping buckets, tracking muddy feet inside the car, dragging the towels along the ground while trying to dry the bumper, etc. My dad could have done a WAY more efficient job if I wasn't present and active in his life at that point! But, he always asked me to do this with him rather than exclude me. 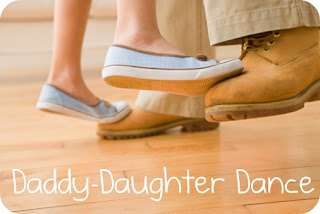 It's so this same way with God the Father. He has giant desires, tasks and exploits on His heart that He could accomplish WAY more efficiently without my stumbling and fumbling. I am amazed today that He invites me along with Him to do what He does. He invites me to love the fatherless. He invites me to love His church. He invites me to push back the powers of darkness. He invites me to be holy as He is holy. I don't know how to do these things!  It's the Daddy-daughter dance. My life is to be spent dancing on His feet...which means that He leads, moves, directs and exerts His power and ability. I'm along for the twirling in submission to His movements and creative steps. It's the echo of Jesus' mantra in John 5:19-20 ~ "the Son can do nothing of His own accord, but only what He sees the Father doing. For whatever the Father does, that the Son does likewise. For the Father loves the Son and shows Him all that He Himself is doing."


Jesus had to learn the Father's steps, too. Hebrews 5:8 says that Jesus learned obedience through what He suffered. If the Son of God had to learn the Father's moves and submit to them, how much more do I have to learn? I must stay in step with the Father before I am to be handed to the Bridegroom. My life is a gift to be spent fulfilling His desires. I get to spend every breathing moment in His dreams, making Him win...as if He needed me to do that! My life is a gift and the gift is far more great than I've ever anticipated. It's going to be worth the time spent learning obedience through suffering and submission. It's going to be worth it. In the meantime, I'll keep dancing on His feet.
Posted by holly benner at 12:08 PM No comments: 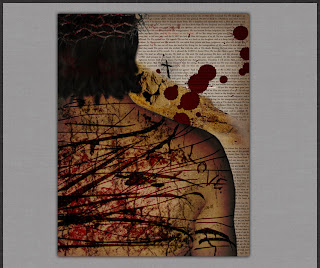 Who has believed our message and to whom has the arm of the Lord been revealed?
He grew up before Him like a tender shoot, and like a root out of dry ground. He had no beauty or majesty to attract us to Him, and nothing in His appearance that we should desire Him.
He was despised and rejected by men, a man of sorrows, and familiar with suffering.
Like one from whom men hide their faces He was despised, and we esteemed Him not.
Surely He took up our infirmities and carried our sorrows, yet we considered Him stricken by God, smitten by Him, and afflicted.
But He was PIERCED for our transgressions, He was CRUSHED for our iniquities; the punishment that brought us peace was upon Him, and by His WOUNDS we are healed.
We all like sheep have gone astray, each of us has turned his own way; and the Lord has laid on Him the iniquity of us all.
He was oppressed and afflicted, yet He did not open His mouth; He was led like a lamb to the slaughter, and as a sheep before her shearers is silent, so He did not open His mouth.
By oppression and judgment He was taken away. And who can speak of His descendants? For He was cut off from the land of the living; for the transgression of my people He was stricken.
He was assigned a grave with the wicked, and with the rich in His death, though He had done no violence, nor was any deceit in His mouth.
Yet it was the Lord's will to crush Him and cause Him to suffer, and though the Lord makes His life a guilt offering, He will see His offspring and prolong His days, and the will of the Lord will prosper in His hand.
After the suffering of His soul, He will see the light of life and be satisfied; by His knowledge my righteous servant will justify many, and He will bear their iniquities.
Therefore I will give Him a portion among the great, and He will divide the spoils with the strong, because He poured out His life unto death, and was numbered with the transgressors.
For He bore the sin of many, and made intercession for the transgressors. ~Isaiah 53


I wonder what Isaiah the prophet understood about the Beauty he was describing.
Posted by holly benner at 10:07 PM No comments:

I Am Currently Reading...

The Book of Hebrews...and I have lots of questions. My usual response when I have questions about Scripture is to run to commentaries or people I view as smarter than me in the Kingdom and suck all the wisdom out of them as I possibly can hold. This past week, however, I find myself being challenged in a new discipline with how I handle the Word and the ability of the Holy Spirit to teach me Himself. I am finding that even in the area of reading my Bible, I am impatient. If I don't understand something I want to know that answer RIGHT NOW! I don't want to wait. What a difficult skill it is to sit quietly and wait on the Holy Spirit to teach me before running to other sources. It involves trust that I have the ability to hear His voice. Running to commentaries is the easy way out. Trusting the One who leads me into all truth to speak takes more restraint and patience.

I can hardly talk about what God did this past Saturday night at the end of the Furious Love event. I have never experienced a God-moment like that one. I have never left a church gathering immediately changed like I left that night. This kind of change was different. God changed something in me that has spurred me on to action and propelled me forward to "do" out of my love for Him. I can't really explain it very well because it was so precious and inwardly personal for me. Philip Mantofa has caused me to look at the Bible in a new way...and I can never go back. I loved the Word before Saturday night...but now I understand what it means to jealously guard it and to cherish it above all other things. I left the finale of Furious Love starving and desperate, rather than fat and fed. I left that night recognizing a need for God in my life that I've never known and I left standing on the truth that God loves me so much that He wants me to have Him.

In putting everything under Him, God left nothing that is not subject to Him. Yet at present we do not see everything subject to Him. But we see Jesus, who was made a little lower than the angels, now crowned with glory and honor because He suffered death, so that by the grace of God He might taste death for everyone.

How different God's ways are than mine. How seemingly ridiculous to make the Hero of Salvation low and humiliated for the strategy of rescuing us from death. Jesus tasted death for me. He had never known death of any kind until He willingly subjected Himself to it. He is the abundant life who took on death. Do I have any clue or concept the kind of effort it took to save my life? Do I have any clue what it was like for Jesus to leave perfection and become my sin? I feel overwhelmed with gratitude and purpose. How can I live this life without passion for Him when it took such great passion from Him to have me?

I am excited about the days ahead. God is doing a new thing in my heart. I am excited to see what I can get my hands into. I am excited to have this time, this season with Him. I feel filled with anticipation that He has much up His sleeve. I feel joyful over knowing that He is good and that freedom is fully available to me. I can walk in as much of it as I choose. Jesus tasted death for me so that I can taste life. Today will be a good day.
Posted by holly benner at 12:42 PM 2 comments: