Lately I have found myself in several conversations concerning the judgment of God. I am realizing that there are many people who hold much fear concerning the "Day of Judgment" or the "Day of the Lord" mentioned in Scripture. I understand this...I remember as a little girl praying to God and asking Him to not let Jesus return to the earth while I was alive because I was afraid of what would happen to me. I have had many misconceptions of God's character and what "Judgment Day" will look like.

So, a couple months ago I set out to see what Scripture actually has to say about God's judgment and how it was perceived by the original audience the Scriptures were written to. What I've found is changing how I view my Jesus and its giving me a new confidence in how I approach Him.

GOD'S JUDGMENT IS AN OCCASION FOR REJOICING:
There are several verses in the Old Testament that reveal this point. Psalm 67:4 says, "Let the nations be glad and sing for joy, for You judge the people with justice and guide the nations upon the earth...Selah." Also, in Psalm 96:12-13 it says, "Let the field exult and everything in it! Then shall all the trees of the forest sing for joy before the Lord, for He comes, for He comes to judge the earth. He will judge the world in righteousness, and the people in His faithfulness." 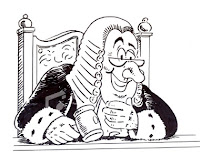 If in Scripture, the Jews rejoiced over judgment, then what truth am I missing that would cause me to fear and repel from judgment? It's about perception. C.S. Lewis gives his answer to this question in his book, Reflection on the Psalms. He writes:

The reason for this becomes very plain. The ancient Jews, like ourselves, think of God's judgment in terms of an earthly court of justice. The difference is that the Christian pictures the case to be tried as a criminal case with himself in the dock; the Jew pictures it as a civil case with himself as the plaintiff. The one hopes for acquittal, or rather for pardon; the other hopes for a resounding triumph with heavy damages.

The Jewish nation over history has understood this, I think, so much better than Christians...and for good reason. They have had much cause to cry out for justice in times of injustice. As slaves in Egypt, as the exiled in Babylon unable to practice their worship to the true God, as the oppressed under the Roman fist unable to rule their own land...they have experienced merciless cruelty and bondage. Who else could they turn to when all the world's systems are against them? God alone would be their rescuer, their hero of justice. This is how they viewed Him. God was the One who would avenge them. He alone was the One who could return all that was stolen from them by their enemies. The Divine Judge is the defender, the rescuer. Psalm 9:7-8,12 says, "But the Lord sits enthroned forever; He has established His throne for justice, and He judges the world with righteousness; He judges the peoples with uprightness...for He who avenges blood is mindful of them; he does not forget the cry of the afflicted." Psalm 76:8-9 says, "From the heavens You uttered judgment; the earth feared and was still, when God arose to establish judgment, TO SAVE ALL THE HUMBLE OF THE EARTH."

I am beginning to believe that when each of us will give an account of himself to God (Romans 14:12) it will not be me standing before the Lord having every single sin I've committed on earth declared over a loud speaker in heaven. I believed this and I know that many others fear this, too. Jesus has already dealt with my sin on the cross. He will not deal with it again. For Him to deal with my sin a second time means that the cross did not fully achieve it's goal of atonement. I am beginning to believe that when believers, children of the Father, stand before Him to give an account, it will be stories of what we and Jesus did on the earth together. Our testimonies will be celebrated in heaven. The judgment (or penalty as we view it) will be a case built upon the enemy and how he has worked to hinder the Kingdom of God and harm the Father's children. He is the Righteous Judge, Who's judgmental energy is spent on rescuing the humble of the earth. Who are the humble? Those living their lives in daily submission to the will of the Father...those living as Jesus lived.

Because of this, we can approach the throne of God with confidence. He will hear our cries for mercy, for help, for justice. Our position is to be like the persistent widow (Luke 18) who trusted that if she kept crying out, the judge would hear her and grant her justice. Jesus tells us this is how we should pray and view our God (Luke 18:1). Our heart's position needs to shift. Often we approach God in prayer timidly wondering if He'll do anything for us. I do this and I am realizing how faithless my approach to God can be. I don't believe Him to answer the cries of my heart and so I stop asking. I give up. But, to have persistence means that I faithfully believe there will come an answer. I am His daughter. My Father knows the sound of my voice. He will not turn a deaf ear. His punishment is saved for those opposed to Him. His justice is saved for His kids. If I can get this truth planted deeply in my heart and exercised in my daily life, what freedom that will bring in my relationship to Him as Father! He is so good and He has destined us to be children abundantly living in justice.
Posted by holly benner at 10:47 AM 1 comment: 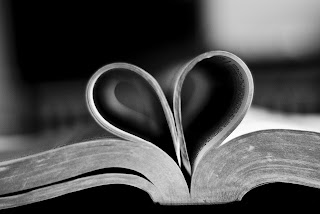 Today I was reading 1 Timothy chapter 1. Paul is writing to Timothy to direct him to handle people in the Church of Ephesus who were teaching false doctrines. They had wandered away from the truth of the Word to teach their own perceptions of it. Verse 7 says  they were "desiring to be teachers of the law, without understanding either what they were saying or the things about which they made confident assertions."
I'm caught on verse 1:5. Paul tells Timothy that "the purpose of our commandment is love that issues from a pure heart and a good conscience and a sincere faith."  In the verses previous (1 Timothy 1:1-4), Paul makes it clear that the Bible was not written to provoke philosophical debate nor to encourage the pursuit of theological bunnytrails. The purpose of Scripture is love.  They have been given in order to incite and perfect our love.
With this in mind, if my time spent in the Word does not increase my love for God, then I've missed the whole point. I think it's also correct to say, then, if my teaching or preaching of God’s Word does not draw listeners toward a more fervent love for Christ, I have abused the Scriptures. Bob Sorge calls this the "Love Hermeneutic." Hermeneutics is the theory or methodology by which Scripture is interpreted. Because God is love, the Word can only be interpreted through that lense if we're going to encounter correctly God's intent.
The next time you're reading a passage of Scripture that makes little sense, read it again while asking this question:    How does this passage point me to the love of God? Because, everything in Scripture must be seen as directing our hearts more fully into the love of Christ.
Posted by holly benner at 4:00 PM No comments: